Turkey's exports set a new record in May 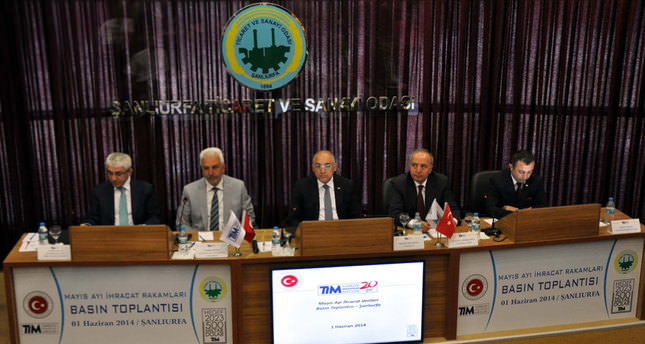 "The export figures in May broke a historic record," said Chairman of Turkey's Exporters Assembly, Mehmet Büyükekşi, in a press conference he held in the southeastern province of Şanlıurfa.

He noted that Turkey's exports in the past 12 months had increased 1.7 percent and reached $156.1 billion.

According to the report, growth in export rates was achieved in the following sectors: automotive, machine, knitted outerwear, plastic and furniture.

The report also showed a 4.2 percent slowdown in imports in May, and a 24 percent decrease in foreign trade deficit in in first four months of 2014. The latter is expected to contribute to overall growth by 3 points.