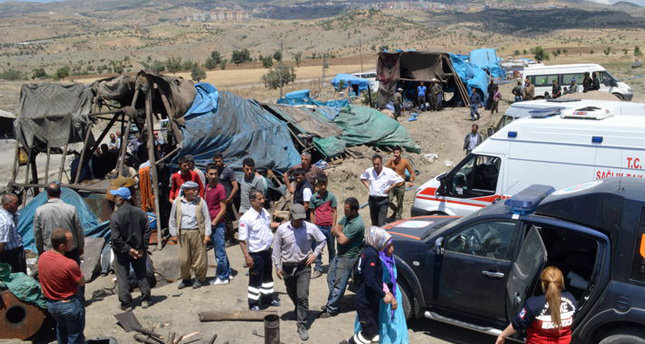 The worker is being carried to hospital and is in a critical condition.

The collapse occurred on Tuesday in a private coal mine near Toptepe village.