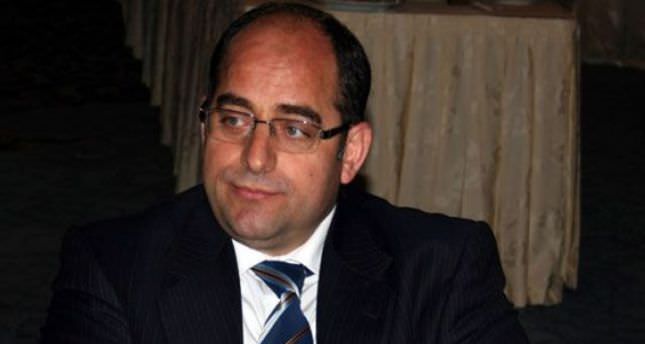 by AA Jun 04, 2014 12:00 am
ANKARA — The High Council of Judges and Prosecutors' decision to block a probe into the conduct of Zekeriya Öz, a senior prosecutor affiliated with the Gülen Movement, has been overruled by Justice Minister Bekir Bozdağ.

The top judiciary body's decision to block an inspection into Zekeriya Öz, a senior prosecutor affiliated with the Gülen Movement who was appointed during the Istanbul- based graft probes launched late December, has been overruled by Turkish Justice Minister Bekir Bozdağ.
In May, the High Council of Judges and Prosecutors (HSYK), a supreme judicial body that has the mandate to inspect and examine judges and prosecutors in Turkey, approved a request to start an investigation into prosecutors Zekeriya Öz, Celal Kara and Muammer Akkaş and judge Süleyman Karaçöl, but then reversed their decision, saying that it was "unnecessary." Öz is accused of a string of wrongdoings including a vacation financed by a businessman and discrepancies in his finances.

A preliminary investigation by the HSYK inspectors had also looked into accusations that Öz exerted pressure on police officers to continue the Dec.17 probe. He is accused of forcing police officers not to suspend the Dec. 17 operation using his influence during his visit to Istanbul National Police headquarters on Dec. 19. If the investigation approved by Bozdağ finds Öz guilty of irregularities, he may be ousted from the judiciary or tried by the Supreme Court.

Along with Öz, prosecutors Muammer Akkaş and Celal Kara and Judge Süleyman Karaçöl are accused of irregularities in the registration of the Dec. 17 investigation into the National Judiciary Informatics System (UYAP), a network where such cases are registered and thus, hid the investigation from their superiors. "The decisions came to me and I made the necessary decisions about them and sent them to the HSYK," Bekir Bozdağ said at the Turkish parliament yesterday.

Two Istanbul-based anti-graft operations launched on Dec. 17 and 25 have had a significant effect on Turkey's political atmosphere after they led to the arrest of high-profile figures. The Turkish government decried the probes as a "dirty plot" against it, constructed by a "parallel" group of bureaucrats that it said were nestled within the country's key institutions including the judiciary and police, targeting Turkey's stability and development.

The group, allegedly run by a movement led by U.S.-based controversial cleric Fethullah Gülen, has been accused of conducting illegal wiretappings of thousands of people in Turkey. The prosecutors who conducted the Dec. 17 operation are accused of acting under the orders of the movement and its co-conspirators. Zekeriya Öz was reassigned twice following the probe as part of government's efforts to weed out Gülenists from the judiciary.
RELATED TOPICS