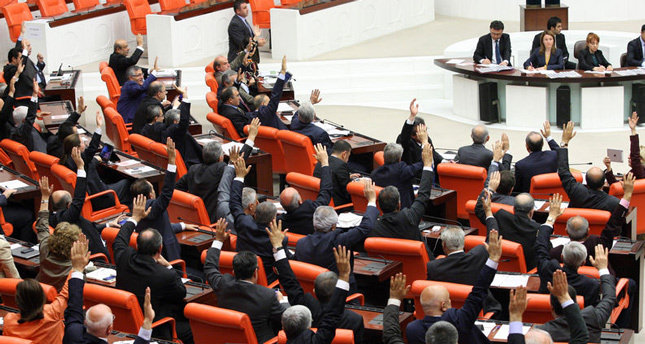 by AA Jun 04, 2014 12:00 am
ANKARA — The Turkish Parliament will debate this week proposals to increase the sentence for child sex abusers from eight to 15 years in prison. This is part of a new package of reforms which proposes to introduce harsher penalties for sex crimes against children and for selling drugs to children.

Under the new draft bill, the sentence for sexual intercourse with a child under 15 years-old without coercion or threats will increase from two to five years in prison; a person convicted of selling drugs to children will get a minimum 15 year sentence and the crime of drug dealing will increase from five to ten years.

The draft bill, which was passed by parliament's justice commission last week, is expected to be passed in the general assembly this week.