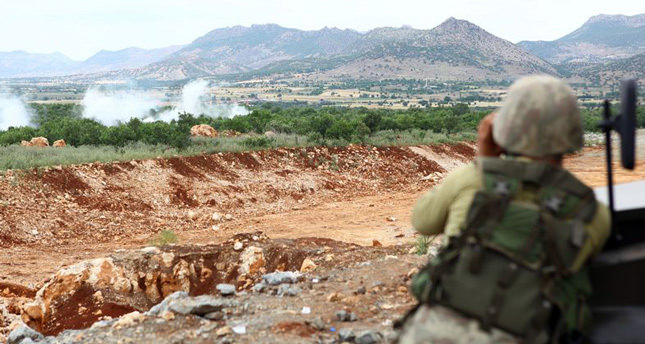 by Daily Sabah Jun 05, 2014 12:00 am
DIYARBAKIR — A specialist sergeant was injured when the supporters of the terrorist organization, PKK opened fire on security forces attempting to disperse them Thursday in the southeastern Turkish province of Diyarbakır.

Since Wednesday, security forces have been carrying out operations against the youth wing of the PKK, which set up roadblocks between Diyarbakır and the province of Bingöl. A group of PKK members opened fire and hurled Molotov cocktails at security forces who tried to dismantle tents set up by the rioting group in the Lice district yesterday, injuring the unidentified soldier in the leg.

Tensions are high in the region where the PKK is attempting to assert control by setting up checkpoints and blocking roads. Turkish security forces mostly abstain from exchanging fire with the group, who occasionally opens fire to harass them.