Working permits to be granted for Syrian Refugees in Turkey 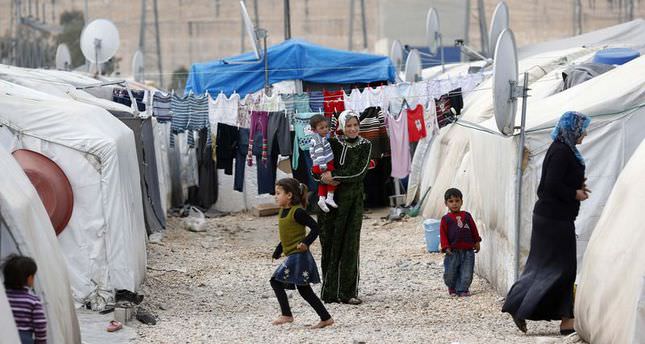 by Daily Sabah Jun 05, 2014 12:00 am
ANKARA — Turkey's vice chairman of Foreign Affairs, Ali şahin, announced on Thursday that the government is preparing to give working permits to the thousands of Syrian refugees in the country.
After civil war broke out in Syria four years ago, over 1 million Syrians have sought refuge in Turkey. Turkey is already providing free healthcare to all Syrians but recent news reports suggest that the conditions of Syrians in cities are getting worse.
Many wealthy Syrians who were able to support their families' needs are running out of money according to the reports. Multiple families are living in one-bedroom flats and many Syrian beggars are now being seen in the center of cities, including Istanbul.
Last Update: Jun 05, 2014 4:51 pm
RELATED TOPICS