"Today is a historical day for Istanbul. Today, the world's largest airport will begin to rise here", said Erdoğan just before laying the foundation for Europe's Mega Airport. "We are not only building an airport here but a triumphal memorial and public self-confidence", said Erdoğan.

The airport will be located in Arnavutköy, a suburb in the northern parts of the European side of Istanbul.

The third Airport project is one of the government's mega projects along with Kanal Istanbul, a new waterway to be built in Istanbul's European side and the third Bosphorus bridge.

Prime Minister Recep Tayyip Erdoğan said the airport will have 165 passenger boarding bridges, four terminals connected with a railway system. Erdoğan noted that the project will be a 'green project' and it will be in accord with ecological standards. 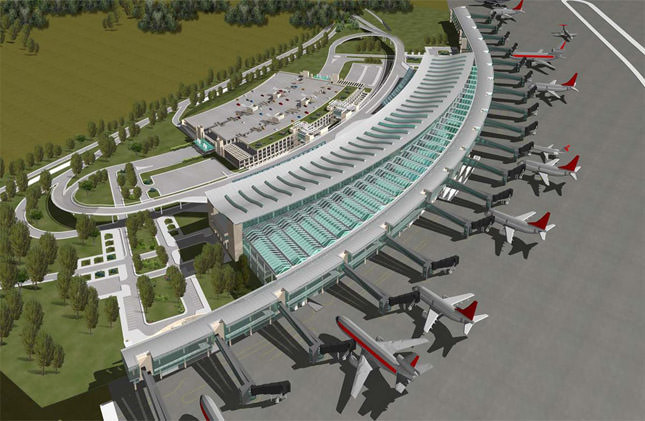 The area where the airport will be built was chosen through consideration of ecological balance, wind data and the natural and artificial obstacles of the region.

Erdoğan said, "80,000 people will be employed at this airport, which is one of the most important projects of our history". The third airport will have a capacity of 150 million passengers per year, and it is expected to cost around 10.2 billion euros.

The airport will have eight air traffic control towers, six runways, 16 taxiways, an airport apron of 6.5 million square meters with a capacity of 500 airplanes, a car park with a capacity of about 70,000 vehicles - being the largest airport car park in Europe. 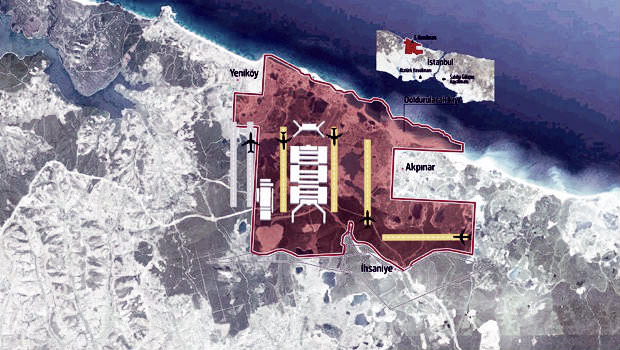