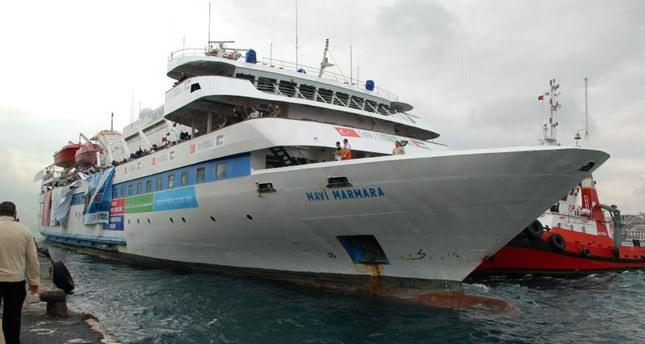 by Daily Sabah Jun 08, 2014 12:00 am
ISTANBUL — Turkish court's order to arrest of Gavriel Ashkenazi, former Israeli chief of general staff, for his role in the Israeli raid on a Turkish aid vessel in 2010, recently stirs up political debates in Israel. Along with Ashkenazi, the court had ordered the arrest for 3 more Israeli military intelligence officers.

After the courts' order to arrest, former navy commanders of 'Flotilla 13'(the naval special forces unit) have confessed their faults in the raid operation.

During an Interview with Israel's largest news portal 'Ynetnews', Naval commander Shaikeh Brosh admitted that the raid attack on the ship which was carrying approximately 600 civilians, was a big 'bungle'.

Brosh said that 'Flotilla 13' had never engaged in such an unprofessional operation in past.