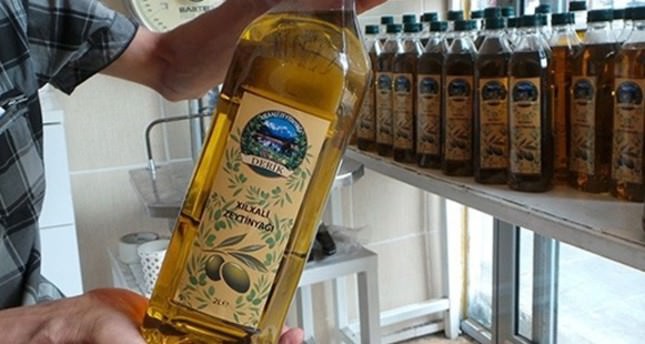 by Anadolu Agency Jun 08, 2014 12:00 am
MARDIN, Turkey — On the shelves of grocery stores in the Southeast of Turkey, nowadays a new olive oil with Kurdish logo, showcases itself. 'Xılxali' olive oils is the first Kurdish named product in Turkey.

Hasan Tahsin came up with the idea to brand a product with a Kurdish brand name, thus began by producing a thousand bottles of olive oil.
'Xilxali' holds the title to be the first ever brand to be named in the Kurdish language.

Hasan Tahsin also aims to revive the tradition of olive oil production in the eastern region of Turkey ,which had been forgotten for the past 50 years.