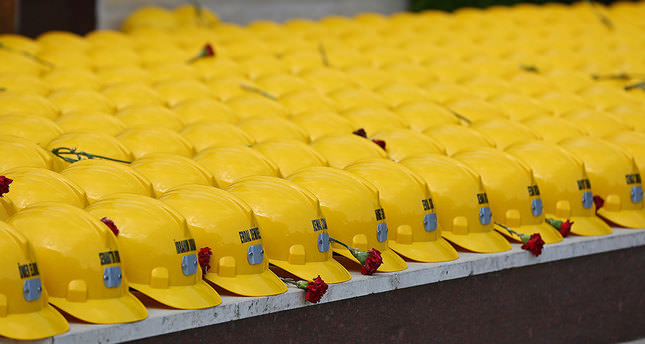 by AA Jun 09, 2014 12:00 am
MANISA, Turkey — A Turkish civil court announced the confiscation of Soma Coal Mining Company's properties and assets on Monday after the Soma mine disaster - the deadliest mine accident in Turkey's history.

Soma Civil Court of General Jurisdiction ruled on the provisional seizure over the company's real estate and assets after Mustafa Kocabaş, the family of one mine victim, filed a claim for compensation. TL 150,000 to TL 200,000 is sought as compensation for damages for each family, and compensation in the range of TL 200,000 to TL 400,000 per family for emotional distress is deemed acceptable. The court also put a seizure on the registered assets of the company, ruling that TL 200,000 be deposited in a bank account.

The Soma mine accident, in which 301 people died, has been the deadliest one in Turkey's recent history, surpassing an explosion in Zonguldak in 1992 which killed 263 miners.

Hakan Kahraman, the lawyer of Kocabaş's family, said the ruling is very important in forming a precedent for other compensation files against the company by the victims' families.

"The amount of compensation to be taken in all the cases to be opened in the name of other families has been guaranteed with such a decision," Kahraman said.