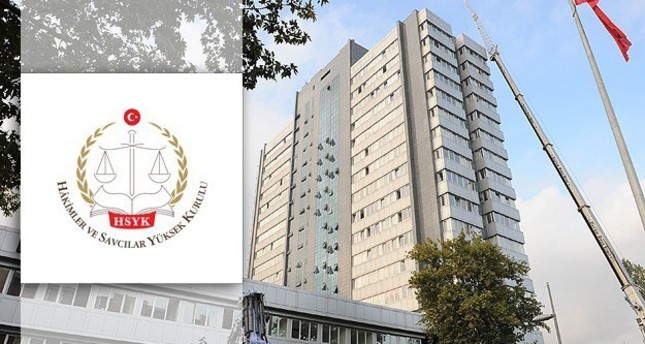 by AA Jun 12, 2014 12:00 am
Turkey's top judicial body announced a mass reshuffling of the country's judiciary on Wednesday night, with thousands of judges and prosecutors being re-assigned.

Including the assignment of new chief prosecutors to capital Ankara and Turkey's largest city Istanbul, according to the High Council of Judges and Prosecutors, 2,224 have switched positions in a number of key Turkish provinces.

A chairman of a board within the judicial body, Teoman Gokce, said he resigned from his post on the same night the reshuffle was announced. Gökce said his legal, professional and conscientious judgments would be "damaged" if he continued his service.

On February 26, Turkey's President Abdullah Gül approved a bill for the restructuring of the judicial body and the allocation of some of its powers to the justice minister.

Some Ministry of Justice officials have been appointed as judges to the Supreme Court of Appeals and other courts.