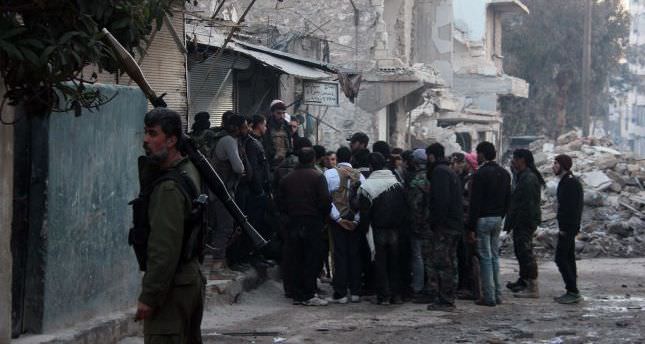 by AA Jun 13, 2014 12:00 am
Turkey's interior ministry has denied recent media claims that some 3,000 Turkish nationals were fighting in the ranks of the terrorist group called the Islamic State of Iraq and the Levant, or ISIL.

In a written statement issued on Friday, the ministry said daily Milliyet's claim that ISIL had 3,000 Turkish members according to intelligence reports was "groundless" and there was no such report prepared by the country's security and intelligence organizations.
The statement also categorically denied another report by Turkey's daily Taraf which claimed Turkey was funding ISIL. The ministry denounced the claim as "an imaginary one, a fabrication."
ISIL, which has developed into a formidable force inside Syria, has extended its reach in Iraq since Tuesday, gaining near-complete control of the northern Iraqi city of Tikrit - Saddam Hussein's birthplace - and capturing Mosul, Iraq's second-largest city.
The group seized large swaths of western Iraq's Anbar Province in late December, including much of Fallujah and parts of Ramadi, flashpoints of the 2003 US-led war in the country. Recent reports place their forces within 70 kilometers of the capital.
Last Update: Jun 13, 2014 10:59 pm
RELATED TOPICS