Turkey sends F-16 fighter jets near the city of Mosul 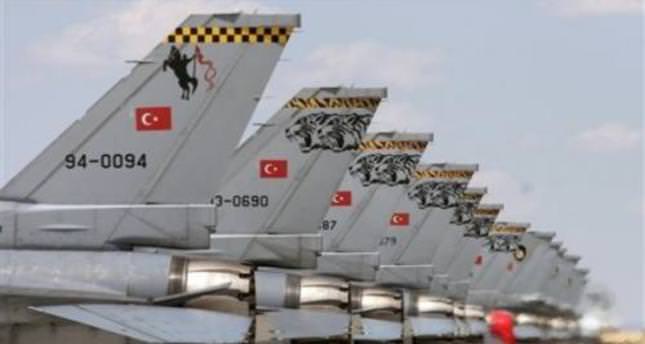 by AA Jun 15, 2014 12:00 am
Turkey's Air Force has sent F-16 fighter jets on reconnaissance flights near the Iraqi city of Mosul on Sunday. Turkey's Ministry of Foreign Affairs stated on that Iraq has not taken the necessary security measures to combat ongoing violence affecting the country.

"The ongoing violence in Iraq is quickly spreading and has started to enter neighboring countries," said a statement released by Turkey's Foreign Ministry.

The self pro-claimed Islamic State of Iraq and Syria, ISIS, already a formidable force inside Syria, has extended its reach into Iraq since Tuesday, when it seized Iraq's second largest city Mosul.

Iraq has seen a marked increase in sectarian violence between Sunni and Shia Muslims in recent months, which the Iraqi government blames the terrorist group, ISIS.

Turkish Airlines has scheduled flights from Iraqi capital Baghdad, as well as from the cities of Basra, Najaf, Erbil and Sulaymaniyah for Turkish citizens who are currently in the region and wish to leave.