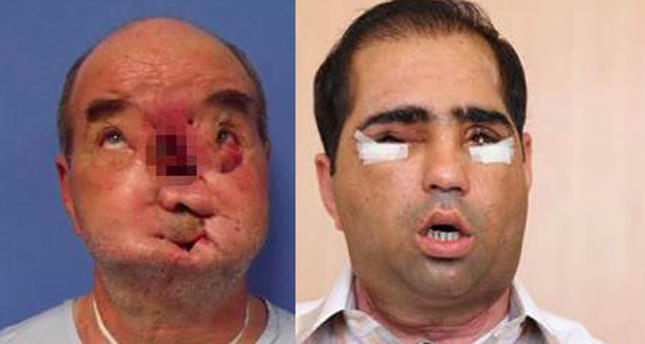 by Daily Sabah Jun 17, 2014 12:00 am
Salih Üslün -- who became the sixth person to get face transplant in Turkey after a surgery he went through at the Akdeniz University in August 2013 -- got his transplanted face removed on Monday.

According to reports, Üslün's face was removed with an immediate surgery on Monday afternoon. It also added that the tissue mismatch for Üslün's transplant caused organ failures in liver and kidney tissues.

Professor Ömer Özkan, and his team headed Üslün carried out the face removal operation. "There are internal problems however we do not think that they are permanent. He is currently under intensive care," Özkan said.