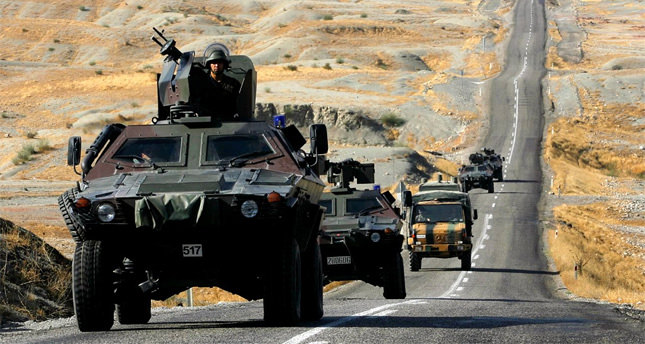 by Daily Sabah Jun 18, 2014 12:00 am
Due to presence of the Islamic State of Iraq and al-Sham (ISIS) along its Syrian border, Turkey started taking security measures by deploying extra armored vehicles, tanks and troops at several border posts in southern province of Kilis on Wednesday.

According to reports, the deployment was made at the Turkish side of Syrian territories that are controlled by the ISIS, the organization that abducted dozens of Turkish citizens in Iraq, including diplomats from Turkey's Mosul consulate.

The Akçakale border crossing in Şanlıurfa and the Carablus border gate of Gaziantep had been closed for months by Turkish authorities after the ISIS took control of the Syrian side of these border crossings.