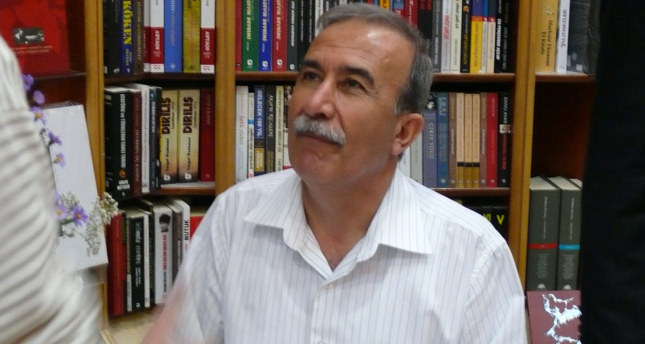 by Daily Sabah Jun 18, 2014 12:00 am
Turkey's Constitutional Court on Wednesday ruled that the rights of former Chief of Police Hanefi Avcı, who received a 15 year prison sentence after writing a book on the controversial Gülen Movement, had been breached. Avcı spent 4 years in prison as part of the OdaTV case, which is known as the media branch of the Ergenekon terrorist organization.

Avcı wrote a book on the Gülen Movement's infiltration of the police force and claimed that Ali Fuat Yılmazer, a former director of the Istanbul Police Intelligence Department who was accused of forcing defendants in the Ergenekon trial to testify against Prime Minister Recep Tayyip Erdoğan, was "untouchable" and even then Istanbul Police Chief Celalettin Cerrah was not able to remove Yılmazer. Avcı described Yılmazer as, "having social and psychological problems." Avcı implied that Yılmazer was assigned to the position of intelligence director by the Gülen Movement.
After the decision came from Turkey's top court that Avcı's rights had been breached it is expected that he will be released from prison soon.
Last Update: Jun 18, 2014 9:11 pm
RELATED TOPICS