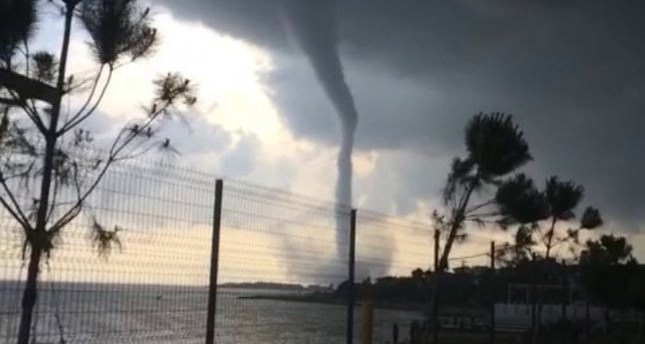 by Daily Sabah Jun 19, 2014 12:00 am
After heavy rain hit Istanbul's district of Tuzla on Thursday, a tornado quickly formed sending people into panic. The tornado was strong enough to flip cars over, rip trees by the roots and blow roofs off of houses. The tornado formed over the sea and made its way onto land leaving a path of destruction along the way.