Another coup on trial 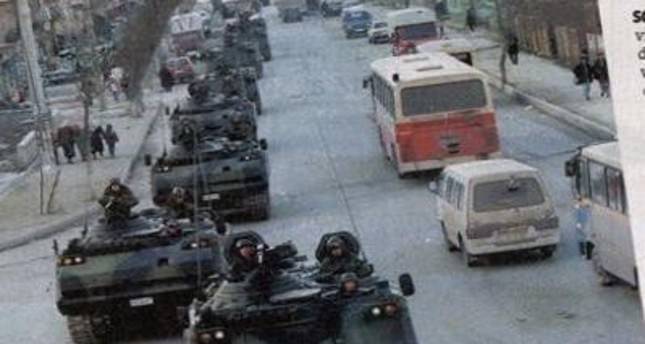 Yesterday's verdict marked the first time that leaders of a coup received prison terms. The verdict is expected to set a precedent in trials over other coups. Currently, a trial is underway for the Feb. 28, 1997 coup nicknamed the postmodern coup for its bloodless nature. A total of 103 people, including former generals, are on trial for carrying out the coup.

Though they were released pending trial, the case continues and former Prime Minister Tansu Çiller is expected to testify in court as a plaintiff upon the prosecutor's request in next week's hearing. Çiller was deputy prime minister in the coalition government that was forced to resign upon the army's pressure. The first coup in modern Turkey was in 1960, toppling the Adnan Menderes government. Leaders of that coup did not stand trial. Both coups were against rightwing and conservative governments and carried out by an army that describes itself as secular.

The Menderes government was Turkey's first government elected in multi-party elections, while the coalition government led by the late politician Necmettin Erbakan is largely known for the first major victory for the conservative Muslim community in Turkey.