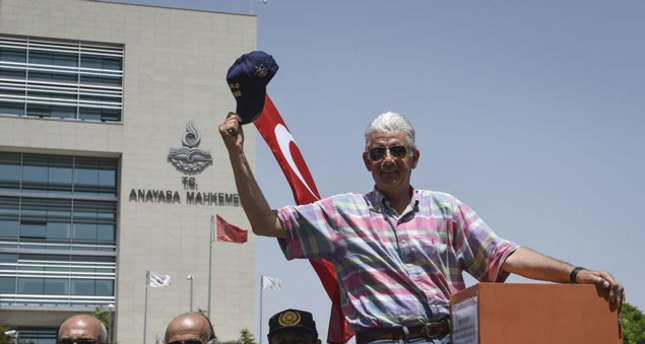 by Daily Sabah Jun 19, 2014 12:00 am
After assessing the Wednesday's Constitutional Court ruling, the 4th High Criminal Court decided to release all 230 suspects in the Sledgehammer military coup plot trial on Thursday.

The Constitutional Court unanimously ruled on Wednesday that there were reasons to doubt the evidence and testimonies of witnesses used in the trial where 230 defendants were convicted in September 2012 on charges of plotting a military coup.

The court said the ruling was based on the breach of the defendants' rights concerning "digital data" collection and wiretapping against them. It also cited that former Chief of General Staff Hilmi Özkök and former Land Force commander Aytaç Yalman were not summoned to the court as witnesses despite requests by the defense.

With the high criminal court's decision, defendants - who were sentenced to prison terms ranging from six years to 20 years for plotting to topple the Turkish government as part of the "Balyoz" (Sledgehammer) coup plan - will be retried in the case.

Sledgehammer is an alleged military coup plan by a junta in the Turkish Armed Forces which reportedly dates back to 2003, a year after the ruling Justice and Development Party came to power.

According to the alleged plan, the military was to systematically foment chaos in society through chilling acts of violence including bombing of mosques in Istanbul and downing of a Turkish war plane over the Aegean.