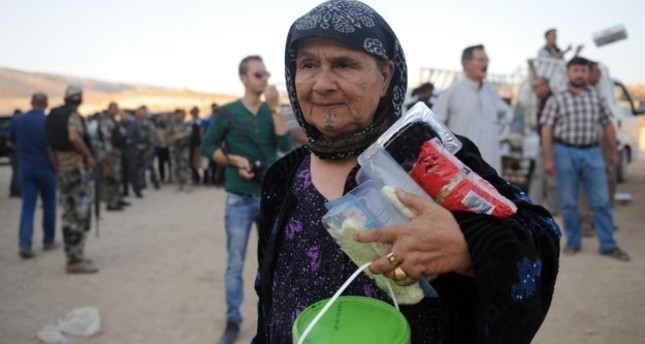 by AA Jun 25, 2014 12:00 am
Turkey continues to extend its helping hand to violence-hit Iraqi Turkmen families through it's Turkish Cooperation Agency organization.

Due to terrorist attacks by Islamic State of Iraq and Sham (ISIS), Turkmen families have been displaced in Iraq and according to a statement by the Turkish foreign ministry, Turkish Cooperation Agency (TIKA) have sent food packages for 3,000 families on Tuesday.

The ministry also renewed its warning for Turkish citizens not to travel to Iraq with the overall security situation remaining unpredictable across the country.

Unrest is running high in Iraq as insurgents led by ISIS have extended their reach after taking control of some key cities and towns including Mosul, Tikrit and Tal Afar, threatening to move south towards capital Baghdad.

Meanwhile, Turkey also continues to help the flood-hit Bosnians through its Turkish Red Crescent organization. The floods that hit Bosnia and Herzegovina and Serbia in May are believed to be the worst in more than a century.

The Union of Municipalities of Marmara and Istanbul's Pendik Municipality, sent fridges, washing machines, ovens and construction tools to the families in need in Doboj Istok, a small rural municipality in the north of Bosnia and Herzegovina.