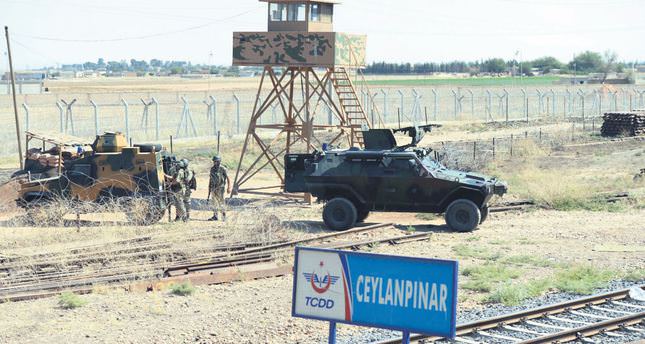 Three foreigners, including a retired military officer, an academic from the U.S. and a French researcher were detained earlier this month while they attempted to illegally cross into Syria from Turkey, Turkish media reported yesterday

Security forces in the southern province of Kilis captured the three individuals on June 1, near a village located on the border. The members of the group were identified as 49-year-old retired colonel Richard Douglas Gillem, Professor Mark Polyak from the U.S. and French researcher Farice Jean Michel Robert Blanche. The three men told the security forces they were lost while attempting to cross into Syria on a photography trip. They were found in possession of cameras, satellite phones and a GPS device.

The group had arrived in Istanbul on May 30 and in Kilis on May 31 and security sources told Turkish media that they were taking photos of military activity on the border. The trio were charged with trespassing in a forbidden military zone and were subsequently released and deported.

The number of people illegally crossing into Syria through Turkey reportedly has increased in recent months. Turkish media reports that citizens of countries ranging from China, Germany, France, Switzerland, Sweden, Azerbaijan, the U.S., Uzbekistan, Morocco and Russia were among those crossing into Syria through the 915-kilometer long border between two countries. Though there is no official figures related to trespassing, militants, particularly from the EU countries, are known to sneak into Syria to join rebels of Free Syrian Army or radical factions such as the Nusra Front and Islamic State of Iraq and al-Sham. Turkey long faced criticism for allegedly allowing militants into Syria but the government denies it and bolstered border security to tackle illegal crossings. Turkey openly hosts the political wing of Syrian rebels' opposition forces but has strict security measures in place to prevent foreigners from joining radical groups in Syria according to the government officials.

The country's border crossings with Syria have been closed since the uprising there escalated into an all-out civil war but they are occasionally opened for displaced Syrians seeking shelter in Turkey.
Last Update: Jun 26, 2014 1:39 am
RELATED TOPICS