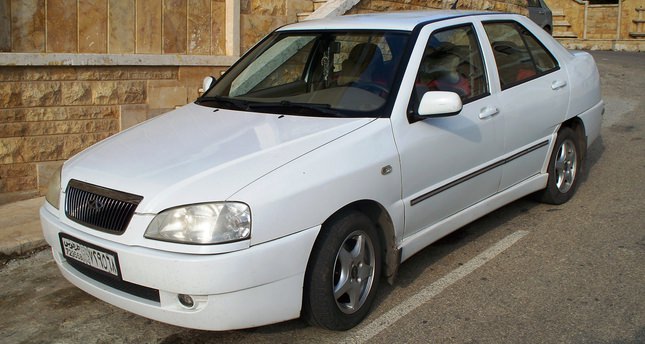 by Daily Sabah Jun 27, 2014 12:00 am
Turkish security forces found explosives and a remote-control detonator in a car bearing Syrian license plates in the southeastern province of Şanlıurfa early Thursday. During a routine check at a traffic checkpoint on a road connecting Şanlıurfa to the province of Mardin, security forces stopped Turkish national İsmail İ.'s car. An explosive device was found in the trunk of the car. İsmail İ., whose last name was not revealed, was arrested and the explosive device was defused.

Following the suspect's arrest, law enforcement officials searched his house and subsequently carried out more raid at several addresses in Şanlıurfa, where numerous Syrian nationals are currently living. The Turkish suspect was a security guard at an animal shelter in Şanlıurfa's Harran University and was reportedly supposed to be working his shift at the shelter at the time of his arrest. Şanlıurfa is located on the Turkish-Syrian border and is home to over 67,000 Syrian nationals residing at four camps, as well as a large number of Syrians residing outside camps. Turkey has been on alert against attacks in border towns as the conflict in neighboring Syria has seen occasional spillovers of violence into Turkish towns along the border. In May 2013, two car bombings in Reyhanlı, a southern town, killed 53 and injured dozens.

A number of suspected perpetrators were captured and accused of being linked to the Mukhabarat, the intelligence service of the Syrian regime, and the terrorist organization the Turkish People's Liberation Party-Front. Earlier this month, acting on a tip-off, the directorate of the Turkish National Police in the central province of Konya issued a warning to officers to remain on alert against Syrian suspects who were heading to the city from the capital Ankara in two vehicles laden with explosives.
Last Update: Jun 27, 2014 1:08 am
RELATED TOPICS