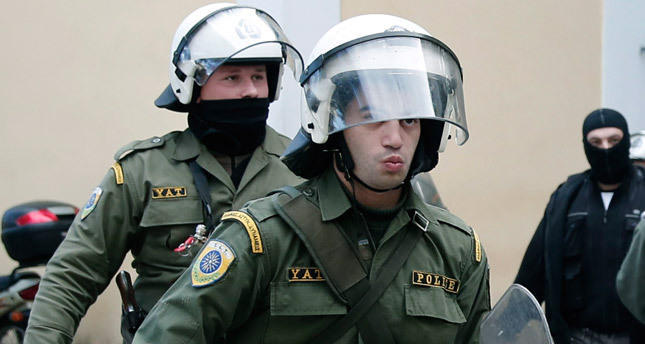 by Daily Sabah Jun 28, 2014 12:00 am
Greek counterterrorism units had taken three Turkish citizens into custody in Athens on Saturday for their suspicious links to the Revolutionary People's Liberation Party/Front (DHKP/C), a left-wing group listed by Turkey and the United States as a terrorist organization.

According to reports on Turkish media, Greek authorities did not give out the suspects' names to media and that there were no weapons found during a raid to a flat where suspects were staying.

Greece has repeatedly denied Turkish press reports that it shelters militants, mainly from extreme-left groups. Other than illegally settled terrorist organization members, a small number of Turkish left-wing activists live in Greece, where they have requested political asylum.