Deputy PM Arınç: Hostages will rejoin us for Ramadan 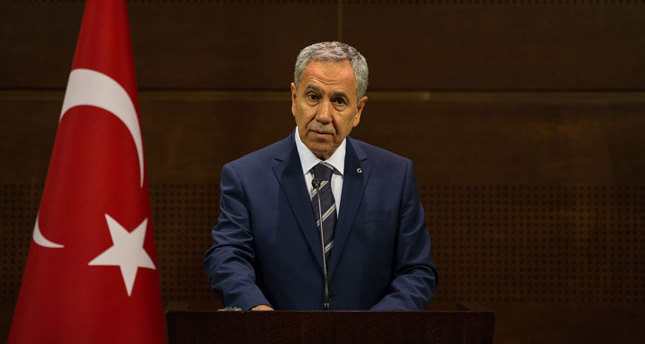 by Associated Press Jun 30, 2014 12:00 am
Turkey's deputy prime minister says 80 Turkish hostages seized June 11 by militants in Mosul were well and hoped they would be released during the month of Ramadan. Arinc also said that his country does not want to see a "tattered and divided" Iraq.

Turkey has built close trade ties with the Iraq's Kurdish regional government, recently becoming a conduit for Iraqi Kurdish oil shipments. But Turkey fears that an independent Kurdistan in Iraq would inspire its own Kurdish population.