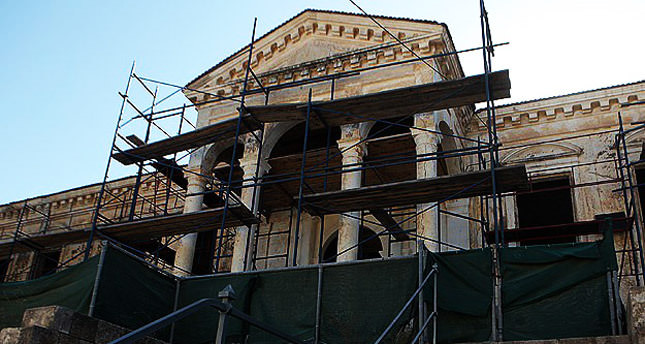 by Daily Sabah with AA Jun 30, 2014 12:00 am
Muslims in Rhodes island request re-opening of a madrasa [Arabic word for any type of educational institution, whether secular or religious], which was closed 42 years ago by the Greek authorities on the grounds of restoration.

The school was constructed by Ottoman statesman Fethi Paşa with the name of "Süleymaniye Medresesi" in order to support education on the island. However, nearly six thousand Turks have been devoid of their native tongue education rights since 1972.

Süleyman Bazlamba, an 84 year old graduate of the school, said "If there are schools in Istanbul which give education to Greek children, there should be schools in Rhodes in order to give education for Turks. We want our school to be opened."