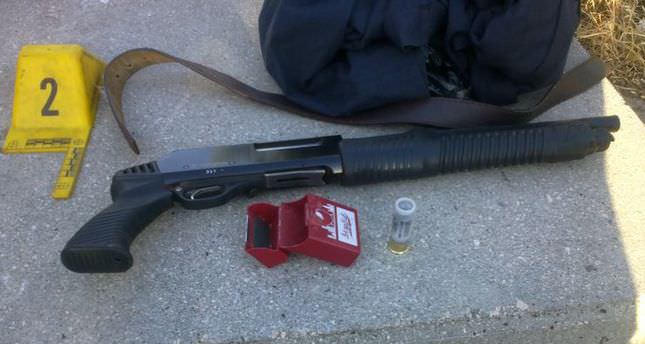 by Daily Sabah Jul 02, 2014 12:00 am
A recent security search conducted at a bus stopped in the Pazarcık district of Kahramanmaraş province, has revealed that a person of Syrian origin was carrying a bag containing a handmade bomb, a pump rifle and six shells.

According to reports, a bus, which was headed to İzmir from Kilis was stopped, during an inspection conducted by a team from the Provincial Gendarmerie Command, along the Tarsus-Adana-Gaziantep-Adana highway (TAG).

Ahmed Al-Sayed, Syrian individual who owned the bag containing weapons expressed he was a member of the Free Syrian Army and did not intent to attack anyone in Turkey and was here to search for his wife who was missing. Sayed was arrested after he was taken to court and was jailed.