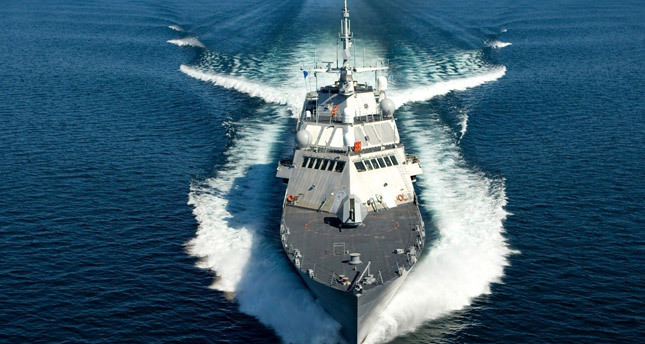 by AA Jul 04, 2014 12:00 am
Turkey is to participate in a naval war exercise in the west of the Black Sea, the Turkish military has announced.

The United States, Bulgaria, Italy, Romania and Greece will also be involved in the naval war simulations running from Friday until 13 July, according to an announcement on the website of the Turkish General Staff.

Turkey has participated in the operation, codenamed Breeze, every year since 1993.

Breeze, which has traditionally held off the coast of Bulgaria, is a national exercise with international participation, according to an official of the Bulgarian Ministry of Defence.

He said: "The main goal is to increase mutual operational capabilities and interaction between participants through training in a crisis-response operation.

"During the exercise, the headquarters of the navy will be certified on a national level for planning and conducting an operation according to the requirements of the Bulgarian armed forces and NATO."

Regarding the tensions in eastern Ukraine, Lieutenant-Colonel Jay Janzen, the chief of media operations and military spokesperson for NATO, said that there was no direct link between Breeze and the crisis.

"Breeze is a Bulgarian national exercise and NATO is just a participant," he said.