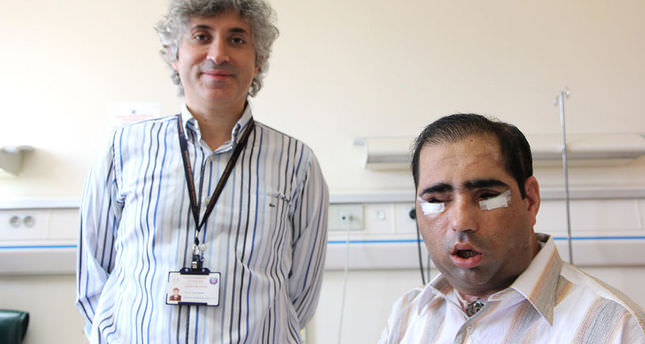 Salih Üslün, 55, underwent a face transplant operation in August 2013 when the organs of 31-year-old Muhittin Turan were donated by his family. Turan had a motorbike accident before being pronounced brain dead at the hospital.

Surgeons decided with the hospital's council to perform an operation on Üslün once again to remove a portion of the face's soft tissue and insert his own soft tissue from his thigh.

Üslün, who has been in intensive care since the last surgery, died Thursday due to respiratory failure.