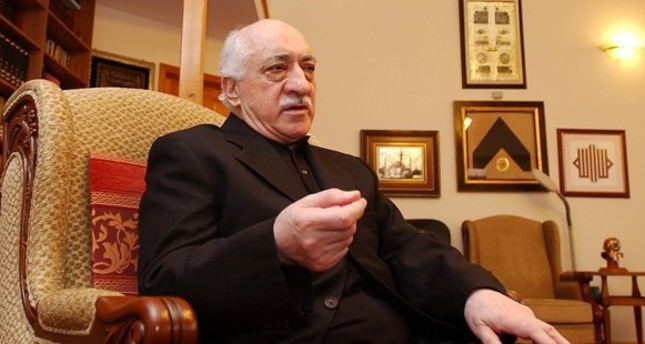 by Zübeyde Yalçın Jul 14, 2014 12:00 am
The government is considering two alternative solutions to resolve the confusion over schools overseas managed by the Gülen Movement, which has been accused of involvement in clandestine activities against the ruling Justice and Development Party (AK Party).

The Gülen Movement, a shadowy movement headed by U.S.-based cleric Fethullah Gülen, is being accused of illicitly infiltrating key state institutions, including the judiciary and the police, and of abusing the trust placed in it to further its agenda. The government's efforts to resolve the Kurdish issue and amend the regulations governing the preparatory courses for university entrance examinations drew the movement's ire.

Gülenists, in response, used their links within the judiciary and the police department to launch a major operation on Dec. 17, 2013 against various ministers and especially Prime Minister Recep Tayyip Erdoğan and those around him, in an effort to discredit the government and put an end to reforms seen by most as crucial to Turkey's progress.

While the government was successful in its efforts to tackle the Gülenist infiltration within the country, foreign governments have been trying to face the danger of Gülenists, which has hundreds of educational institutions across the world, with Turkey's help. While some countries have opted to shut down the schools after the Dec. 17 operation, others want to keep them teaching local students.

Foreign governments, especially those in Africa, have contacted Turkey, asking for help in restructuring the schools. The Turkish government is considering two options to resolve the matter. One is to place all these schools, said to be over 2,000 in 160 countries, under the Turkish Ministry of Education's authority.

The Turkish government decided it is preferable to keep schools open under state supervision rather than shutting them down. The Education Ministry, working with the Foreign Ministry, has initiated a joint initiative to find a solution based on Turkey's interests and the host country's laws and regulations.

One option is for countries that allow Turkey to establish embassy schools. In these countries, schools will be attached to the embassy, with officials looking into the cost of such a transfer and its legal ramifications. Turkey has embassy schools in France, the U.K. and many Western countries for its embassy staff and Turkish expatriates.

The second option is for countries that don't allow Turkey to set up such schools. The government is assessing the cost and legal issues that might arise if Gülen schools continue to operate in accordance with local laws and managed as foundations. These schools will continue to run in line with local regulations and curriculum, but their status will be "Turkish schools" supported and operated by the Turkish state. The government is also looking into agreements that allow Robert College and Galatasaray High School in Istanbul to operate in Turkey.

Such schools have no links to their parent countries, the U.S. for Robert College and France for Galatasaray. Either plan will result in the complete severing of links between the educational institutions and the Gülen Movement and extend the Turkish state's authority over the schools.
Last Update: Jul 14, 2014 8:35 pm
RELATED TOPICS