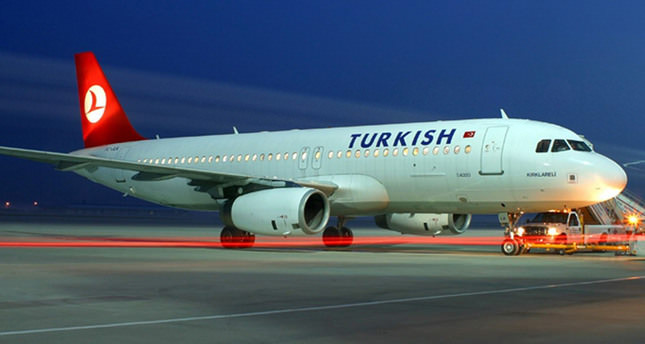 by Daily Sabah Jul 17, 2014 12:00 am
Turkish Airlines (THY) has made a statement on Thursday after a Malaysian Airliner carrying 295 passengers was shot down in Ukrainian airspace saying that THY will not enter Ukrainian airspace until the reasons behind the disaster in the area has been cleared.

The Boeing plane was flying from Amsterdam to Kuala Lumpur, it said. Reuters could not immediately confirm the report.

The Interfax report said the plane came down 50 km (20 miles) short of entering Russian airspace. It "began to drop, afterwards it was found burning on the ground on Ukrainian territory," the unnamed source said.

The plane appeared to have come down in a region of military action where Ukrainian government forces are battling pro-Russian separatists.

A separate unnamed source in the Ukrainian security apparatus, quoted by Interfax, said the plane disappeared from radar at a height of 10,000 meters after which it came down near the town of Shakhtyorsk.