Smoking ban to be extended to outdoors 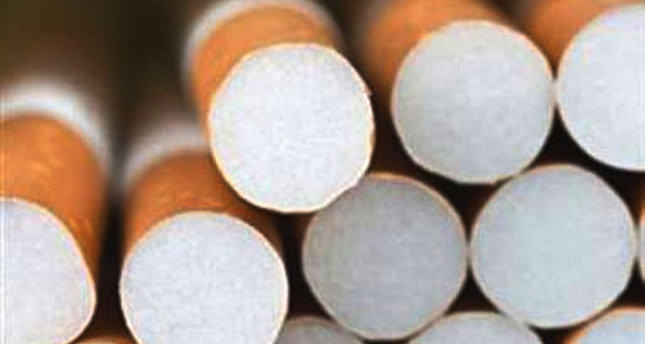 by Safure Cantürk Jul 18, 2014 12:00 am
Turkey plans to implement sweeping measures in its combat against smoking by introducing a ban for smokers outdoors. The country already imposed a series of regulations including an indoors smoking ban for restaurants and cafes and launched a campaign to put an end to the population's inveterate habit.

The Ministry of Health will take additional drastic measures as part of its 2014-2018 tobacco control program, to stop the secondhand smoke from 14.8 million smokers. Under new plans, restaurants, cafes and other similar businesses will be obliged to set up separate sections for smokers and non-smokers.

Currently, smoking sections in those places are located outside and non-smoking customers desiring to eat or drink outside have to share the space with smokers. The ministry will also measure the distance the secondhand smoke covers in the outdoor premises of shopping malls, theaters and such whose doors are often filled with smokers as smoking is banned inside. Thus, smokers will be allowed only at a predetermined distance outside those places.

One of the most significant measures is a smoking ban for areas open to public use including playgrounds, courtyards of schools and mosques. The ministry plans to keep children away from the damage of passive smoking through these measures.

Smoking is already banned in public transportation vehicles including buses and minibuses and this ban will now cover private vehicles occupied by pregnant women and children. Inspections against sale of tobacco products to people under the age of 18 will be more frequent.

The ministry will also introduce a ban on cigarette sales in shops in close proximity to schools, like a ban for the sale of alcoholic drinks near schools. Minister of Health Mehmet Müezzinoğlu said the regulations would be adopted as soon as possible. "Cigarette is the first step to bad habits for most consumers of alcoholic beverages and drug users. So, we aim to curb smoking rates first," he said.

Turkey's efforts to combat widespread smoking habits were praised in a health report by the Organization for Economic Cooperation and Development (OECD). The report noted that from 2000 to 2012, the country has achieved significant progress in reducing the number of smokers.

The number of daily smokers among adults decreased to 24 percent in 2012 from 32 percent in 2003. However, the report adds the smoking rate among Turkish adults is still higher than the OECD average of 21 percent.

Turkey, the inspiration for the phrase "smoking like a Turk," had introduced comprehensive legislation against the unhealthy habit in 2009, banning smoking in all public places and was announced by the sixth European Conference on Tobacco or Health as the fifth country among 34 others to have the most effective measures against smoking.
Last Update: Jul 18, 2014 12:42 pm
RELATED TOPICS