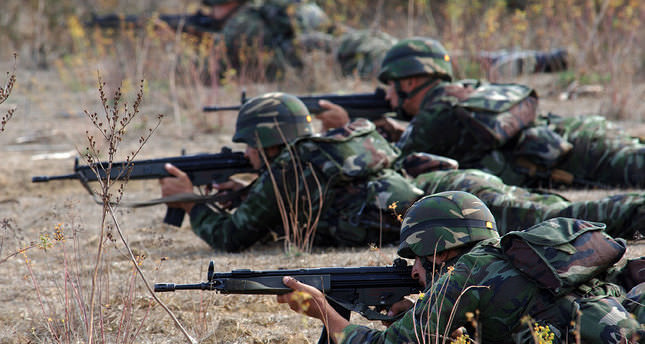 by AA Jul 21, 2014 12:00 am
One Turkish soldier has been killed and two others wounded in an armed attack on Turkey's border post with Syria late on Monday.

"The security forces on duty in Doruklu border post in the Ceylanpinar district of southeastern Sanliurfa province were shot at from an unknown place," Sanliurfa Governor Izzettin Kucuk told Anadolu Agency.

He added that the three soldiers wounded in the attack were transferred to district hospital where one of them died despite all medical efforts.

The governor assured they are doing all that is necessary to determine what happened in the incident and will make a detailed statement later.

Now in its fourth year, the ongoing conflict in the Middle-East country has begun to present threats far beyond its borders.

The U.N. has stopped updating its death toll for the country after it reached 100,000 in July 2013 due to what it said were difficulties in verifying casualties.