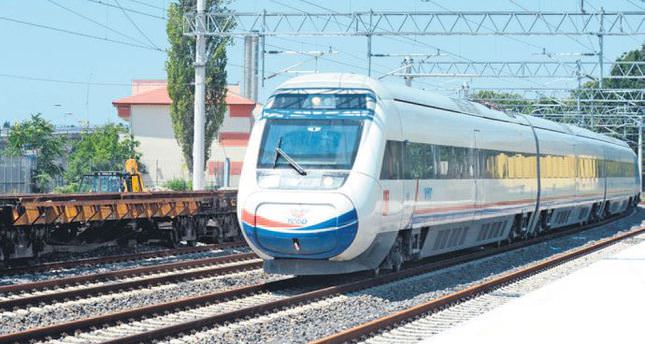 The services were first introduced on March 13, 2009 between the capital Ankara and the western province of Eskişehir, realizing the country's decades-long ambition with Turkey becoming the eighth country in the world with a high-speed rail service. It was followed by another line between Eskişehir and the central province of Konya, which opened on March 23, 2013. The new train service immediately became a popular means of transit with over 15 million passengers since their launch.

Turkey now aims to reach the goal of 25,000 kilometers of rail lines with 3,500 kilometers high-speed train railways and 8,500 kilometers regular railways by 2023, the 100th anniversary of the foundation of the Republic of Turkey. High-speed rail projects are also underway with a tender being launched for a high-speed train line between Sivas and the eastern province of Erzincan. Construction continues on high-speed rail lines that will connect Konya province to Gaziantep in the southeast through Mersin, Adana and Osmaniye in the south.

Ankara is at the center of the country's railroad network that will facilitate daily excursions between cities. A 405-kilometer- long high-speed train line between Ankara and central province of Sivas is currently under construction. Construction is also underway on a 105-kilometer high-speed rail line between Bursa to the south of Istanbul and Ankara. Currently, the infrastructure of a part of the railroad is being constructed. A 624-kilometerlong high-speed train line project that will connect Ankara and İzmir in the west is being built in three phases. Infrastructure work is underway on the railway's section between Ankara and Afyon, a western city near İzmir, while the section between Afyon and Uşak will begin construction after a tender later this year. Below are the planned travel times between cities after the launch of the highspeed train lines: