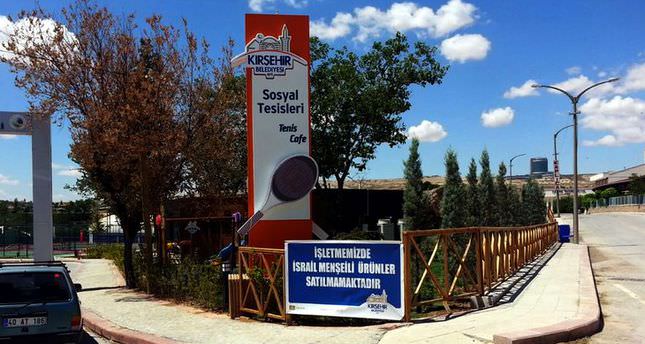 by AA Jul 25, 2014 12:00 am
Turkish enterpreneurs are backing a boycott of Israeli goods in response to Israel's recent military attack on Gaza which had killed 815 Palestinians by Friday.

A worldwide boycott can affect the Israeli economy, entrepreneurs from the Anatolian Businesspersons' Association and Istanbul Commodity Exchange said on Friday.

In addition to the protests, nationwide boycotts on Israeli products have started in Turkey.

Municipalities from a number of regions in Turkey have called for the boycott of Israeli goods and urged the public not to buy them. They announced a list of goods produced in Israel or by companies closely linked to Israel through social media posts.

Istanbul Commodity Exchange Chairman Ali Kopuz said Muslims all around the world have been boycotting the products of Israeli origin to a degree that can leave permanent damage on the country's economy.

"Systematic boycotts in Islamic countries may bring financial crisis to Israel," said Kopuz adding such a crisis could possibly be followed by bankruptcy in the banking and financial sectors.

Pointing to the increasing number of Palestinian deaths, he said he believed the boycotts should be maintained in a determined way to show support for Palestine.

"No country can resist boycotts and protests for long if they are done consciously and persistently," said Mustafa Koca, the Chairman of Anatolian Businesspersons' Association.

He suggested that the exact names of all products which are linked to or made in Israel should be identified in order to keep a goal-oriented process of boycotting.

Meanwhile, Board Chairman of Turkish Retailers Federation Mustafa Altunbilek said in a written statement to the Turkish authorities that he is expecting a clear list of Israeli companies to be detailed.