A chance for Turkish women to resume their education 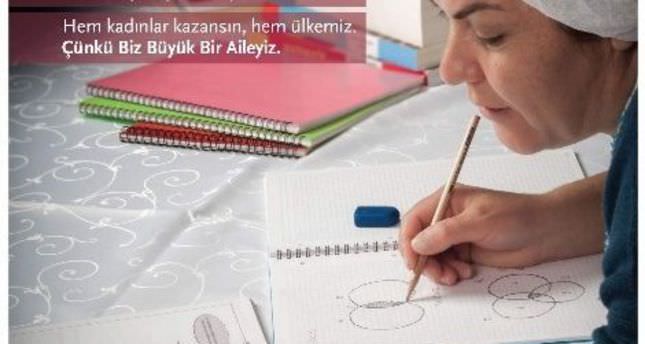 by Burcu Çalık Aug 03, 2014 12:00 am
Over 12,000 Turkish women who dropped out of school have now graduated thanks to a project spearheaded by the Ministry of Family and Social Policies and Prime Minister Recep Tayyip Erdoğan's wife, Emine Erdoğan.

The project entitled "Women Deserve a Second Chance" saw 12,066 resuming and completing their education in one year.

Women from impoverished families often drop out of schools to help their families. After marriage and stuck with rearing their children, they cannot pursue education. Through the project, they were able to attend high schools offering distance learning programs and the courses. Most applications for the project were from Hatay in the south, and Muş and Siirt in eastern Turkey.

The government provides all financial support for women attending schools and courses including daycare costs of their children, school fees, free transportation, meals and fees for educational materials.

Women in southeastern provinces of Turkey where economic and social development has been stunted for years due to the threat of terrorism are particularly interested in the project. Officials from the Ministry of Family and Social Policies visited over 7,400 households to inform families about the project, and reached out to 45,000 people.