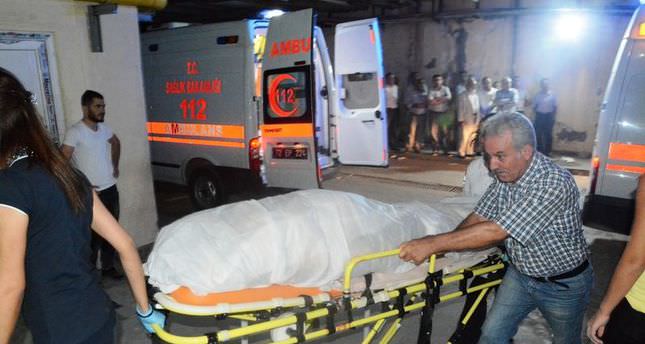 by Daily Sabah Aug 03, 2014 12:00 am
A suspect armed with a shotgun shot dead seven people in a village of Batman, a southeastern Turkish province, late Saturday.

The gunman identified as Fevzi Taş, a shepherd, opened fire on a group of villagers who were out in a pasture to milk their livestock. The motive of the murders has not yet been revealed. A relative of the victims said the suspect was seeking to marry the daughter of the family whose members he killed, but the family had refused. Batman Governorate said in a statement that the murders were committed over "a feud between villagers over a site where the livestock was being grazed." A local official had stated earlier that the murders were attributed to an earlier feud between locals and nomads bringing their livestock to the area.

Eyewitnesses said the village, where 20 families live, was empty as most residents left for the city to attend a wedding. Upon returning, they heard gunshots, and discovered the corpses.

Victims included four women and two 11-year-old children. The suspect was detained by gendarmerie troops following the attack while his family, fearing reprisal, fled the village.