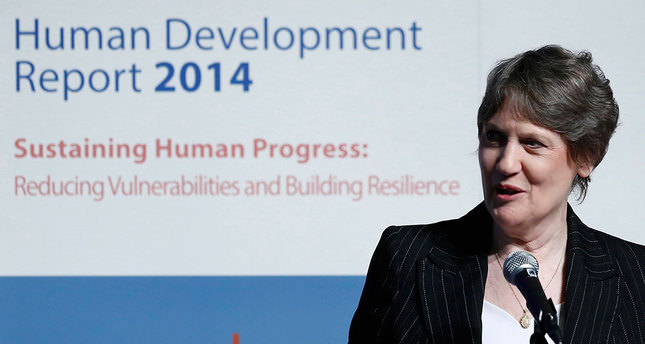 According to the report, in Turkey, women deputies make up 14.2% of the parliament, 45.1% of the population uses internet, literacy rate is 94.1% and employment rate in the entire population is 48.5%.


Turkey took 69th position in the 2014 Human Development Index (HDI) within high human development category. Norway took the first position of the index, while Niger being the last as 187th.

According to the UNDP's Multidimensional Poverty Index, 1.5 billion people in 91 developing countries are living in poverty, while 800 million people are under the risk of poverty.

A summary or the full report can be reached at: http://www.undp.org/content/undp/en/home/librarypage/hdr/2014-human-development-report/