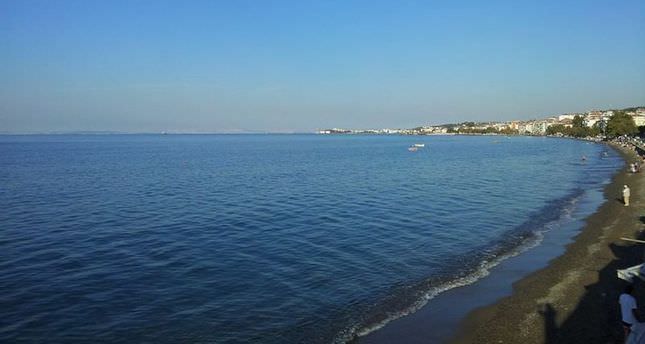 by Daily Sabah Aug 04, 2014 12:00 am
Yalova, a northwestern city located near Istanbul, was rocked by a series of earthquakes in the early hours of Monday, Aug. 4. No casualties were reported in the earthquakes, the biggest a magnitude 4.0 on Richter Scale.

Anxious locals spent the night outside after the earthquake struck at 1:22 a.m., although no major damage was reported. Panic in the city drove some residents to tears while rumors of an upcoming bigger earthquake instigated more fear.

The epicenter of the earthquake occurred 10.7 kilometers beneath Termal, a district of Yalova, according to the Kandilli Observatory, which tracked the tremors. The district, a popular resort among Turkish vacationers, has seen over 20 separate earthquakes on Sunday with magnitudes as high as 3.1 on the Richter Scale.

The city sits on one of the major fault lines in Turkey, an earthquake-prone country. Over 2,500 people were killed in the city during a earthquake in 1999 that killed 18,373 people in Turkey's northern and northwestern regions according to the official figures.