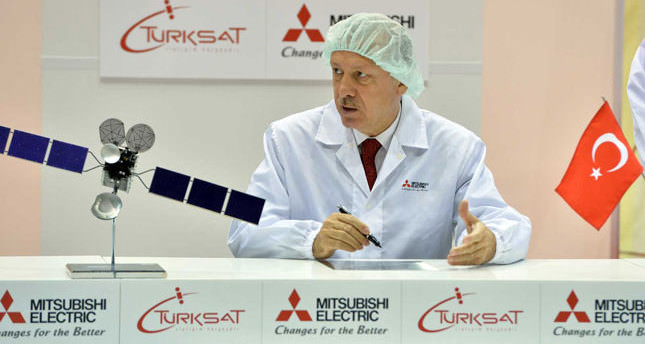 by Büşra Arslan Aug 05, 2014 12:00 am
Turkey's first satellite center, to be opened this month at the Akıncı Air Force Base in Ankara, will allow the manufacture and testing of satellites, making Turkey one of only 12 countries to be able to do so.

Turkey is on the verge of a breakthrough in communications, intelligence and surveillance satellites. After the 4B satellite launched this year, the Satellite Assembly and Integration Test Center (UMET), where Turkey's new satellite, TÜRKSAT 5A, will be manufactured and tested in, has been completed. The center, which will open in August, is situated in Akıncı Air Force Base in Ankara. Turkey's first satellite center, in which TÜRKSAT 5A, 5B and 5C satellites will be manufactured in by using only national resources, will open with a grand ceremony.

The operating rights of the center have been granted to state-run Turkish Aerospace Industries (TAI), and after the testing of earth observation and communications satellite are completed, the satellites will be launched. UMET has been financed by the Undersecretariat for Defense Industries. TÜRKSAT 5A, 5B and 5C will be manufactured by TAI in UMET and is planned to be launched in 2015.
RELATED TOPICS