Study shows being Muslim not an obstacle to gain worldly possessions 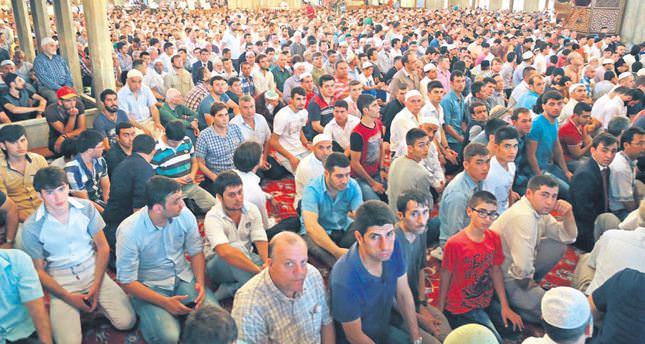 A study by two Turkish academics revealed most conservative Muslims are interested in earthly pleasures such as earning money and having a good job, and do not see contradictions between these pleasures and their beliefs

Researchers endorsed by Turkey's Scientific and Technological Research Council (TÜBİTAK) asked questions to 878 people, half of them males and above the age of 18, in Istanbul's various districts distinctively different from each other sociologically and economically. One out of every three individuals interviewed for the study was found to have a habit of luxury spending and about one third preferred well-known brands even if they are expensive. The study also found out that a 40 percent of people interviewed sought to earn more money, while 62 percent preferred prestigious jobs even if those jobs offer lower income. According to the study, one fifth of the interviewees follow the fashion trends.

Over 60 percent of people participated in the study prefer "being a happy bird to being an unhappy human being" while one fifth said their purpose in the life was to live it in full by indulging in earthly pleasures such as eating good food and having fun. More than half of them are loyal fans of music stations.

Half of those participated in the study approve white lies while one out of every two interviewees claim they fulfill every promise they made. About half of them describe themselves as charitable.

Nearly all of participants believe in Allah, and 38 percent say they always perform their religious duties while 37 percent perform obligatory prayers five times a day, and 89 percent pray every day. Those describing themselves as pious prefer "brand goods" even if they are expensive, and over 28 percent prioritize having a high income. The study also finds 31 percent of participants find living conditions in Turkey perfect.

Professor Gülfettin Çelik said the study's most interesting result was the occasional contrast between people's faith and daily lives. "Being a Muslim is confined to praying five times a day, fasting and other prayers by people in Turkey, while the earthly life such as business life is perceived as a separate life.

Our study indicates that the current system in Turkey is insufficient to address all the needs of people, and will be a resource in a theoretical context to resolve this issue," he said. Associate Professor Necati Aydın said wearing expensive brands, spending on luxury items and interest in earning more, although regarded slightly less highly among the more conservative members of society, was still important for Turkey's Muslims. Aydın says the study may be a basis for offering solution to future social problems in Turkey.
Last Update: Aug 06, 2014 1:00 pm
RELATED TOPICS