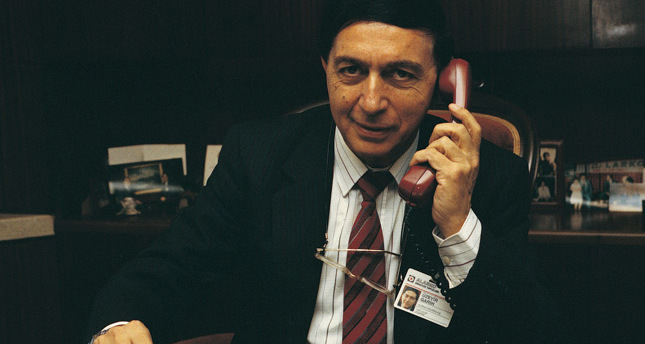 Garİh, co-chairman of Alarko Group, was stabbed to death at a cemetery in Istanbul's Eyüp district on Aug. 25, 2001. A murder suspect, Yener Yermez, was detained and sentenced to life. The suspect, a conscript in the Turkish army, has claimed people he did not know killed Garih and offered him money if he claimed responsibility for the killing, years after the murder.

A report in the Star daily claims the case "went missing" after Zekeriya Öz, Cihan Kansız and Muammer Akkaş, who conducted investigations on various dates, failed to investigate the murder further. Öz and Akkaş are accused of having ties to the Gülen Movement, the powerful religious congregation that evolved into a power player in Turkey through infiltration into the judiciary and police.

The family of Üzeyir Garih will also be summoned to testify as witnesses to find out whether the businessman was threatened before his death. Doğan Kasadolu, a friend of Garih, had claimed earlier that the businessman was killed by "an organization." The previous prosecutors then shifted their focus to Ergenekon, an alleged criminal organization, but could not find any ties between the murder and Ergenekon. The lengthy Ergenekon trial that long headlined Gülenist media, led to the imprisonment of generals, journalists, academics, dignitaries and others and its critics claimed Ergenekon was a plot to silence opponents of the Gülen Movement. Akkaş and Öz were among prosecutors assigned to Ergenekon-related cases.
Last Update: Aug 07, 2014 4:01 pm
RELATED TOPICS