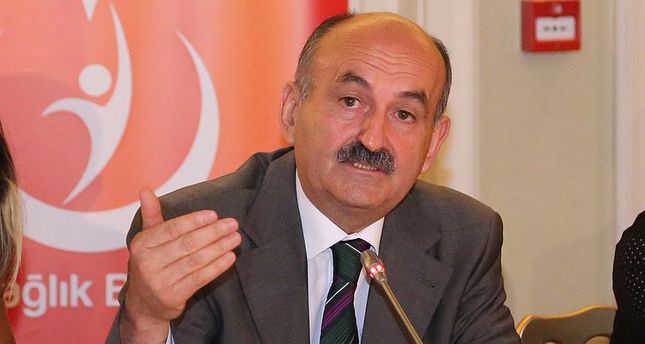 by AA Aug 07, 2014 12:00 am
Turkey does not face any risk from the deadly Ebola virus, which has claimed around 900 lives in West Africa, the country's health minister said.

Mehmet Müezzinoğlu told reporters in Istanbul that Turkey had taken measures against any possible outbreak, but did not give any details of the precautions.

Ebola, a contagious disease for which there is no known treatment or cure, has been responsible for the death of hundreds in Guinea, Liberia and Sierra Leone since the latest outbreak began in February this year.

On Monday, Turkey's foreign ministry warned Turkish citizens in the aforementioned countries against the virus. Citizens were warned to avoid crowded places, not to eat meat products and to pay greater attention to hygiene.

Meanwhile, health ministers of the Southern African Development Community are holding an extraordinary meeting in Johannesburg on Wednesday to discuss ways of preventing the spread of the virus.

The tropical fever, which first appeared in 1976 in Sudan and the Democratic Republic of the Congo, can be transmitted to humans from wild animals, and also spreads through contact with the body fluids of an infected person or someone who has died of the disease.

Doctors say common symptoms of Ebola include high fever and headaches, followed by bleeding from openings in the body.