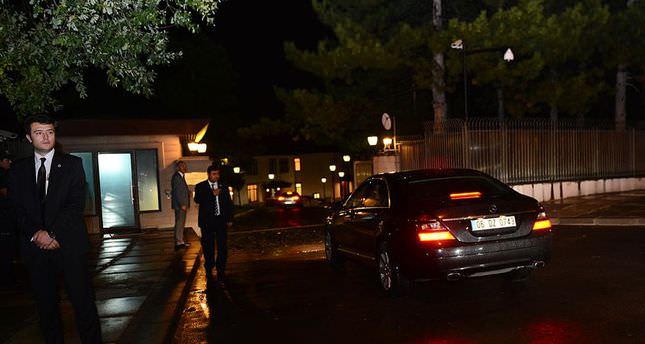 by Daily Sabah Aug 07, 2014 12:00 am
Prime Minister Recep Tayyip Erdoğan and Turkey's top officials held a security meeting in the official residence of the PM on late Thursday to discuss the latest developments in Iraq and the self pro-claimed Islamic State of Iraq and al-Sham (ISIS)'s advance into northern Iraq.