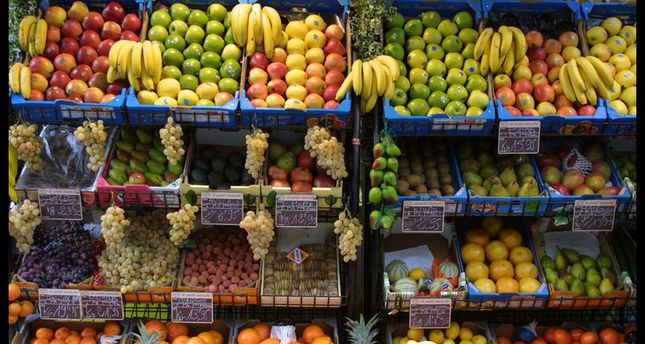 by AA Aug 08, 2014 12:00 am
Russia's retaliation to imposed food import sanctions by western countries over Ukraine gives Turkey an opportunity to become an alternative supplier and boost its exports to Russia.

On Wednesday, Russian President Vladimir Putin signed a decree to ban or severely restrict imports of food and agricultural products from the countries imposing sanctions on Russia's defense, oil and financial sectors over the crisis in Ukraine.

Putin ordered Medvedev's government to determine the banned products. Russia's move to impose sanctions on the European Union and other western countries was in retaliation to the U.S. and EU sanctions against some its banks and individuals.The Russian sanction covers foodstuffs from 28 EU countries, the U.S., Canada, Norway and Australia.

Russia has faced a first wave of sanctions after annexing Crimea in March. Another wave followed the downing of a Malaysian airliner that killed all 298 passengers and crew members onboard.

Ali Kavak, Mediterranean Fresh Fruit and Vegetable Exporters' Union chairman, cautioned that this would not constitute a large increase in trade.

"Russia does not buy fruit and vegetable from the U.S. and Russian imports from EU countries is not of a high number. Turkish exports to Russia may increase slightly after the country´s decision," Kavak said.

Turkey's exports to Russia was at $7.09 billion in the last seven month period with the main export products being textiles, yarn, fabrics, manufactured goods, vegetables and fruits.

The Turkish Union of Agricultural Chambers President Şemsi Bayraktar has said Russia exports more than $40 billion worth of food and agricultural products.

"If Russia shifts its imports to Turkey, our country will benefit from exporting our oversupply of production to the western-sanctioned country," Bayraktar said.

Mehmet Buyukeksi, the head of the Turkish Exporters' Assembly, said they thought Russia's move would create an opportunity for Turkey to increase its exports with the country in particular its poultry exports which will aid the country to recover from setbacks in this sector. Sait Koca, the president of Turkish Poultry Meat Producers and Breeders Association, says Turkey's poultry has not found a market in Russia due to its costliness.

Istanbul Fruit and Vegetable Exporters Union Chairman Latif Unal is optimistic for Turkey's possibilities to increase trade. He said if Russia's move is implemented and if its decision stays longer, Turkey will benefit from this.

"There are more than 300 companies who have permission to exports fruit and vegetables in Turkey. Turkey needs to wait at least three to six months to see Russia's decision impact on exports," Unal said.

Experts say Turkish poultry exporters have a better chance of increasing their share in Russian poultry imports than another potential competing exporter, given Turkey's advantages with its geographic proximity and high quality production.