Erdoğan's phone was wiretapped for 21 months 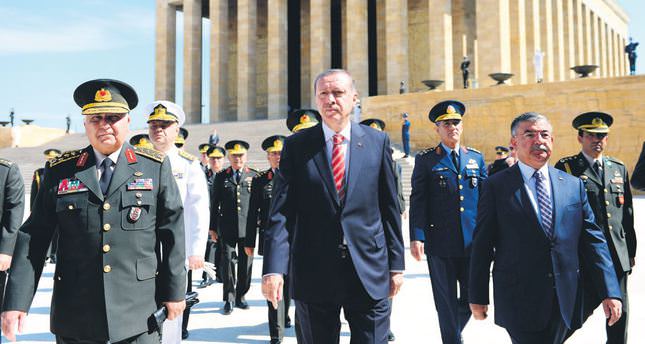 According to an expert report sent to prosecutor's office, officials linked to the Gülen Movement wiretapped Erdoğan's encrypted phone for 21 months

The expertise report will be used as evidence against the espionage activities of police officers and other officials linked to the Gülen Movement.

According to the expert, members of the Gülen Movement who infiltrated TİB wiretapped 76 of the 164 encrypted phones distributed to top officials. There were 304 separate quarterly permissions for wiretaps. The expert, in the report, said none of the legal procedures were followed for the wiretapping.

The expert found seven separate wiretapping permissions issued for one of the four encrypted phones issued to Erdoğan, amounting to a total of 21 months. The other three phones were wiretapped for nine months each.

Özel was wiretapped for 12 months while Fidan was wiretapped for nine months. 14 separate wiretapping orders were issued for Yıldız, which showed that he was listened to for 3.5 years.
Last Update: Aug 11, 2014 2:11 am
RELATED TOPICS