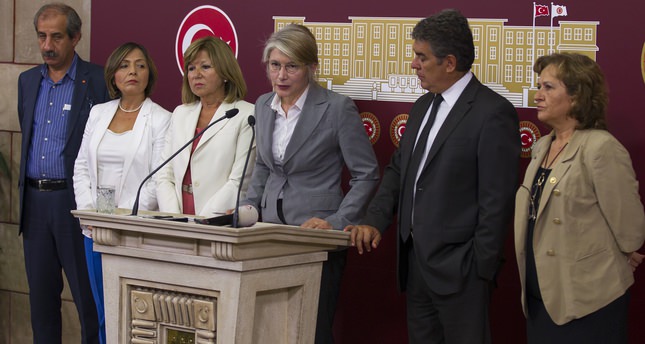 by Daily Sabah Aug 12, 2014 12:00 am
CHP parliamentarians held a press conference calling for an immediate congress and the resignation of their party leader Kemal Kılıçdaroğlu after the joint candidate Ekmeleddin Ihsanoğlu received a mere 38.4 percent of the total votes, despite being supported by 14 parties.

Emine Ülker was spokesperson for the parliamentarians calling on the party to arrange an immediate congress and stating that the election results on their behalf were a complete failure.

" Our honorable chairman and team should stop blaming the electorates , abdicate from role as chairman and should show the maturity go to congress" said Ülker.
Last Update: Aug 12, 2014 2:18 pm
RELATED TOPICS