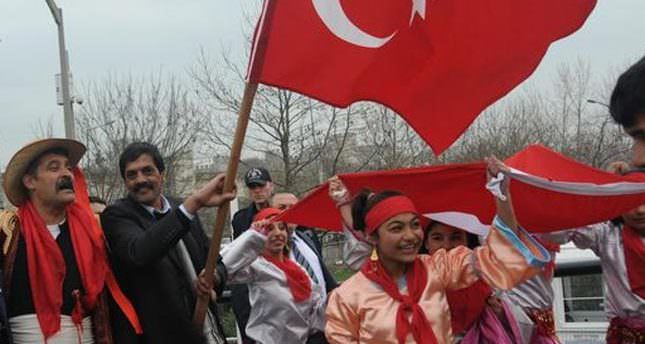 by Burcu Çalık Aug 13, 2014 12:00 am
The Turkish government has drafted an action plan to reach out the underprivileged Romani citizens and improve their lives. The Ministry of Family and Social Policies delivered the draft to Romani nongovernmental organizations (NGOs) and asked for their opinion. The plan will be implemented after consultation with the Romani organizations.

Under the plan, the government will provide vocational training for 5,000 Romanis initially to help their chances of employment. Municipalities will provide incentives for Romani craftsmen to open shops. Another step to help Romanis, for whom unemployment remains a major problem, is providing them with temporary employment at municipalities, schools and public institutions. Municipalities will also set up Romani Consultation Committees in cities where they live.

The committees which will be composed of local officials and representatives of the Romani community will monitor the implementation of affirmative action measures for the community.

The government will also provide education opportunities for the Romani children attending grade and high schools to boost their achievements through special training courses. Free courses for preparation to university entrance exams will be offered to disadvantaged Romani students.
Romani women attending vocational training courses will be offered free daycare for their children under the action plan. Turkish security forces will also conduct an awareness campaign against the tarnished public image of Romanis who are often associated with crime.
RELATED TOPICS