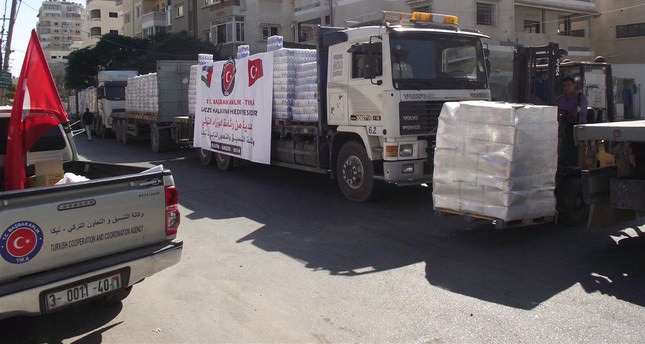 by Daily Sabah Aug 13, 2014 12:00 am
The Turkish Cooperation and Coordination Agency (TİKA) announced on Wednesday that it will build 1,000 prefabricated houses in Gaza while Turkish air ambulances continue to bring Palestinians wounded by Israeli attacks in the blockaded Gaza.

TİKA chairman Serdar Çam stated that the organization aims to contribute to the efforts of rebuilding Gaza by building shelter for "[Palestinian] families who live in miserable conditions on the streets and in schools."

Çam stated that TİKA will first send the donations collected by the Religious Affairs Directorate to the Foreign Ministry to build two-room prefabricated houses, which will have a tiny garden, in war-stricken Gaza.

Eighteen Palestinians injured during Israel's weeks-long onslaught on the Gaza Strip left the embattled enclave on Wednesday through the Erez border crossing with Israel en route to Turkey, where they will receive medical treatment.