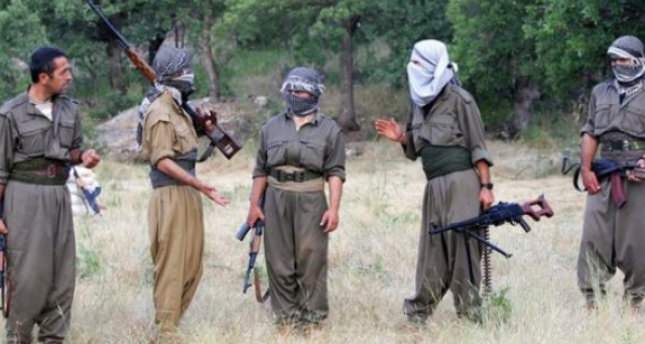 by Daily Sabah Aug 14, 2014 12:00 am
Supporters of the terrorist organization PKK marked the 30th anniversary of the group's first deadly attack on Aug. 15, 1984, by holding an event on a mountain in the southeastern Turkish province of Şırnak late Wednesday.

The PKK, that conducted a bloody campaign targeting Turkish security forces and civilians for decades, mark the date it attacked military outposts in the eastern Turkish province of Siirt and southeastern province Hakkari every year. Two soldiers were killed in the attacks that started PKK's "struggle for Kurdish self-rule" which killed tens of thousands of people across Turkey in three decades.