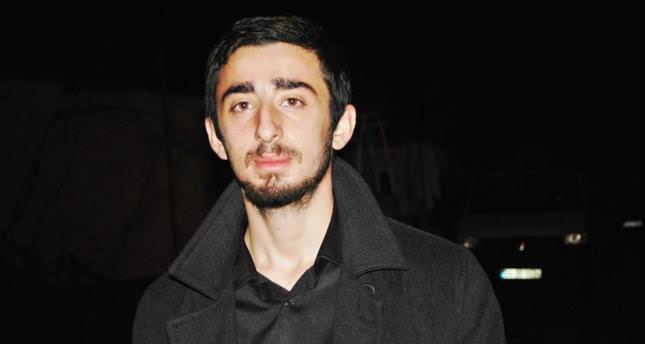 by Daily Sabah Aug 15, 2014 12:00 am
The trial of suspects accused of murdering Hasan Ferit Gedik, a a supporter of the terrorist organization Revolutionary People's Liberation Party-Front (DHKP-C) killed in 2013 during a protest against drug gangs in Istanbul, started yesterday in an Istanbul courthouse, amid protests. Gedik, 21, was killed when gunmen opened fire on a group protesting drug gangs in the Gülsuyu neighborhood of Istanbul's Maltepe district on Sept. 29, 2013. His funeral was turned into a rally of the terrorist organization. Members of the DHKP-C, whose affiliate Halk Cephesi (Popular Front) is known for its attacks against drug gangs, attended the funeral with shotguns.

Gedik was a supporter of Popular Front. A suspect was arrested by police on charges of murder and the investigation was later expanded into the drug gang involved in the murder. Currently, 35 defendants including 15 in detention stand trial on charges of murder and running a criminal gang. The prosecutor demands prison terms ranging from 11 years to life for the suspects.

Crowds of protesters showing solidarity with Gedik's family and blaming police negligence in the murder, attempted to march to the courthouse in the Kartal district on the Asian side of Istanbul. Turkish police who took strict security measures around the courthouse did not allow protesters to march, fearing riots. Protesters later took buses to the courthouse and converged outside the building, chanting slogans "Hasan Ferit is immortal."
Protesters at the courthouse claimed that the drug gang was under surveillance by the police but the gang members committed the murder anyway.
A quarrel broke out in the courtroom when defendants opposed Mahmut Tanal, a lawmaker from the opposition Republican People's Party (CHP), to attend the hearing. Tanal was ordered to leave the courtroom.

Outside the courthouse, a group of demonstrators hurled plastic and glass bottles on the riot police surrounding the building. Upon further brawls in the courthouse over protests by some lawyers representing the victim's family, who claimed they were denied access into the courtroom, the court adjourned the hearing to Sept. 4, citing security concerns. Gülsuyu, a working-class neighborhood, was plagued with drug gangs and other criminals during the murder of Gedik. The district is also home to supporters of terrorist organizations recruiting the youth from the poor families in the neighborhood.
Last Update: Aug 15, 2014 1:27 am
RELATED TOPICS